Press enter to begin your search

To provide a program of outdoor recreation for disadvantaged young people, primarily 10-16 year olds, for the purpose of improving their lifestyle by providing alternatives, which will give them a sense of achievement and self-esteem. To achieve these aims in an atmosphere of support within a non-threatening environment, by providing sound leadership demonstrating faith-based principles 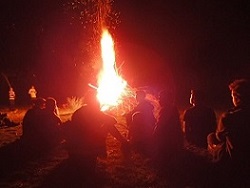 Breakaway has been in operation now for more than 25 years and was founded in 1990 by Merv Landy. Merv worked as a prison officer for 7 years and during this time he had many conversations with inmates, asking them about what might have stopped them from ending up in prison.

The most common answers he received were: “had someone really loved me,” and, “had someone taken me out of the environment I was in, like going camping.” Merv then spent another 7 years working for Teen Challenge, a drug and alcohol rehabilitation program. It was here he realised, in his own words, “I was still working at the wrong end of the stick.”

At this point and after some in depth research Merv was convinced that prevention and early intervention was the key; Breakaway Youth was born. 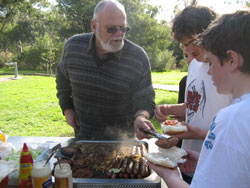 We recognize that many young people end up in all kinds of antisocial behaviour like drugs, alcohol, early pregnancy and living on welfare, mostly because this is all they see around them. We believe this cycle can be broken and they should have the opportunity to live life to the fullest and reach their full potential.

We believe that to break this cycle you need to concentrate on the cause rather than the symptoms. Our program works through early intervention utilising small groups with volunteer leaders as role models and mentors who connect with the young people every month. This means a young person can start at 10 years of age, attend a weekend camp every month that is full of challenges, encouragement, and time with a mentor for the next 6 years. We believe this will change their lives forever. 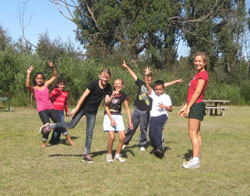 All of the young people are referred to Breakaway Youth by local welfare agencies within  the Darebin and Whittlesea regions who work  with their families, as well as schools, city councils and churches. They come to Breakaway Youth for many reasons. These reasons include:

– Living in a single parent home

– Substance abuse in their home

– Difficulty in school and social settings 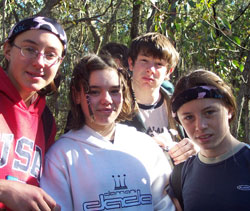 Because these young people generally come from financially disadvantaged situations, there is no charge to the family/carers for the activities. We therefore rely greatly on regular financial support to be able to provide this service to families.

When campers start with Breakaway at the age of 10, their group begins by going on day  outings over the first few months. This provides the opportunity for the campers to get to  know one another as well as the volunteer leaders, and become familiar with the Breakaway  program. After a few day trips the group then starts going on overnight camps once a month,  which becomes part of the regular routine for their time with Breakaway. We keep a set  group of campers and leaders together during their time in the program as stability and consistency has proven to be beneficial for the campers to get the most out of the program.

In addition to the monthly overnight camps, after a group has been in the program for a year or two, they’re invited along with the older campers on Breakaway’s annual 6 day camp to Breakfast Creek. Ideally by this time the campers have built strong relationships within their group with their peers as well as their leaders and are used to overnight camps, and the transition into a 6 day camp happens quite well. Going on a longer camp allows for a better  opportunity for the campers to get to know each other, try new skills, open up to one another, and for real growth to happen.

Most of our campers are with our program for 6 years, starting from when they are 10, and finishing up the program with their final camp at the age of 16, with a 17-day trip to Central Australia. As we sometimes have campers leave our program for varying reasons before the age of 16, we will fill those gaps with appropriately aged referrals on our waiting list, helping to keep our groups to the 10-12 capacity which makes for better camps.

Once a camper’s group has finished the program, they are given the opportunity  to become a Junior Leader with a younger group. Those who have been a Breakaway camper often make for the best leaders, as they know exactly what it’s like to be part of the program and can relate very well to new and younger campers. This also means we are able to easily keep contact with campers who have finished up with the program and can continue to be a positive influence in
their lives. 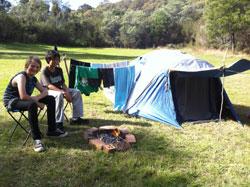 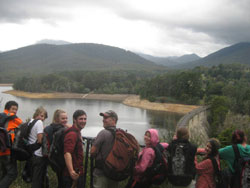 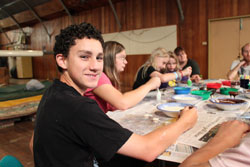 The benefits to everyone involved in Breakaway are clear. The children who attend the program get some time away from their home environment. They learn life skills; develop self-esteem, self-worth and self-reliance; they learn from the caring and positive example of the leaders; and they have fun!

Their parents get respite throughout the year in which to take some time for themselves. Our  volunteers benefit from the experience of being a mentor and making a real difference in these families’ lives. Society as a whole benefits because children break away from anti-social behaviour and a “welfare mentality” to become independent young adults with a sense of
direction and skills to do well in life. 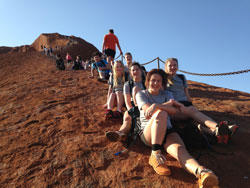